The former headquarters of Marmorosch Blank Bank was designed and built by Petre Antonescu since 1912 in several stages. TThrough its spatial and decorative qualities, the Class A Historic Monument building is a significant example of bank and traditional architecture of the first half of the 20th century. In order to change the function to that of a hotel, consolidation, functional reconversion, restoration and renovation works were carried out. Interior design works specific to the hotel function and complementary functions such as restaurant, commercial, swimming pool, spa were made. 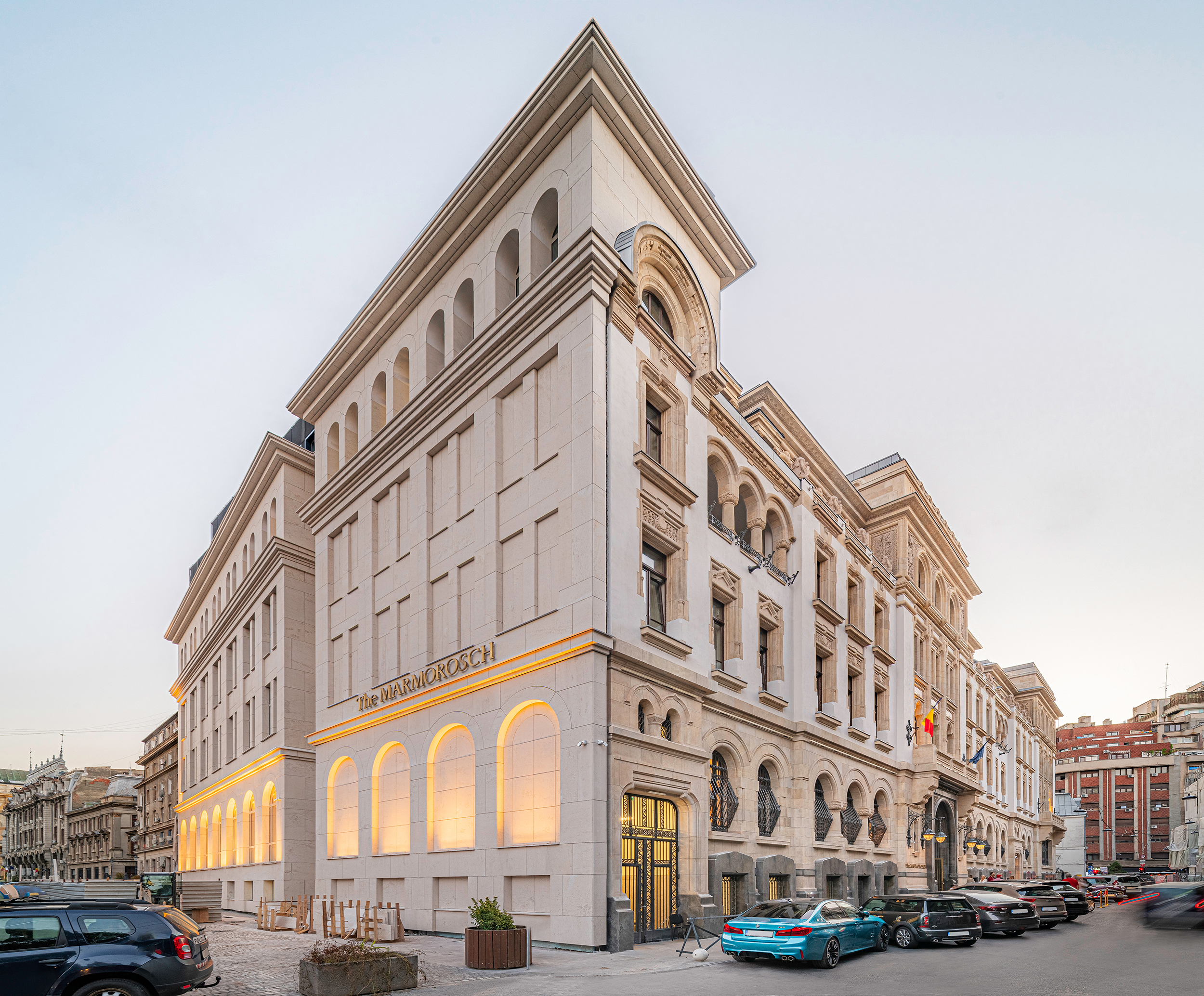 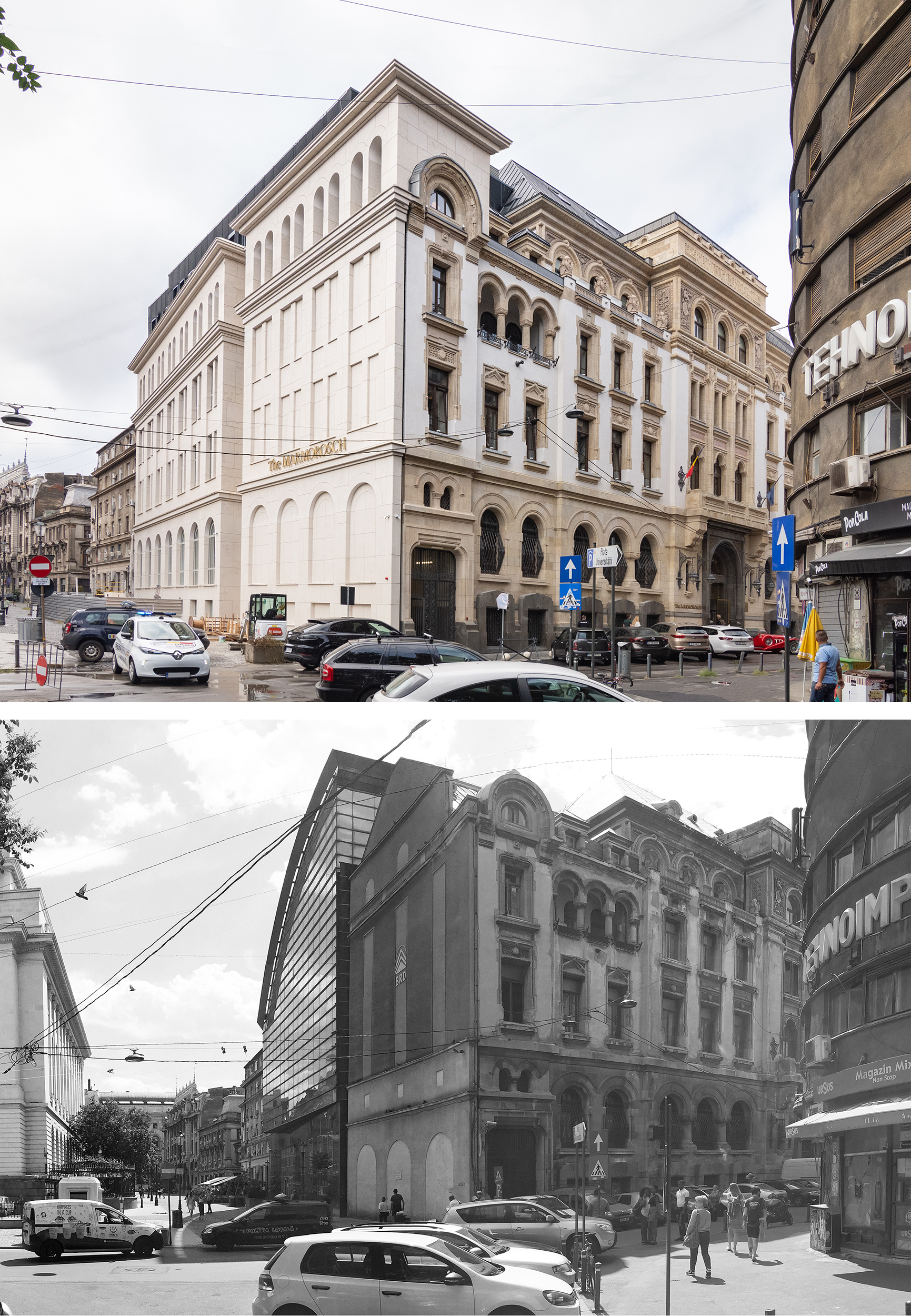 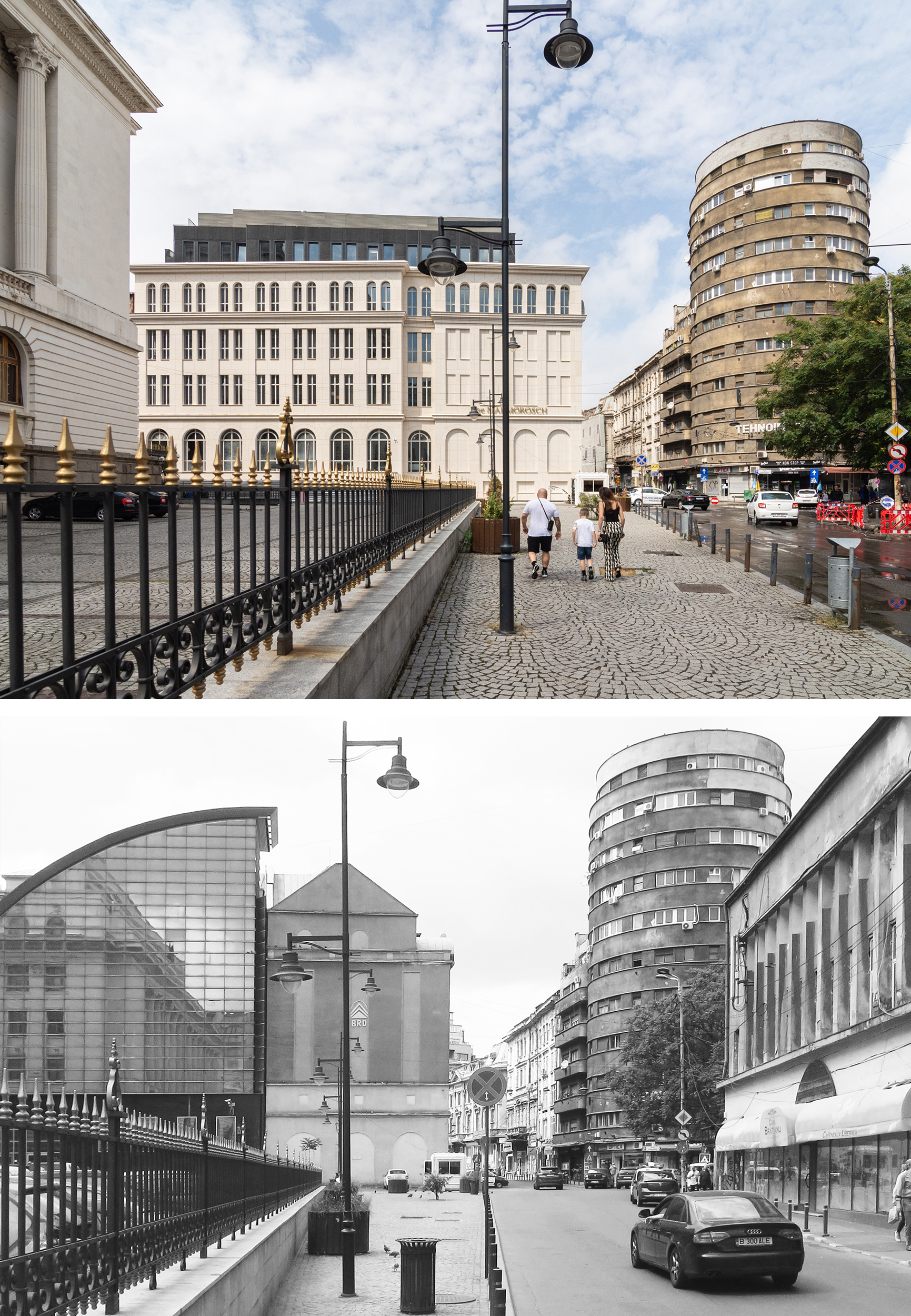 The new facade is subordinated to the historical facade, without imitating it. The insert respects the registers and has the image of an engraving, made of Vratza stone, and creates an image described by 3M: Monochrome, Modern, Monolith. The rhythm of the openings is an evocation of those in the historical façade; the first register level has big openings closed with circular arches.
On the upper registers the openings are grouped in pairs and on the last one the arches reappear as a reference to the upper lodges of the historical façade. The joining element of the corner from Strada Academiei evokes elements typical of Brâncovenian church architecture, with a strong cornice that houses the arch of the end beam. 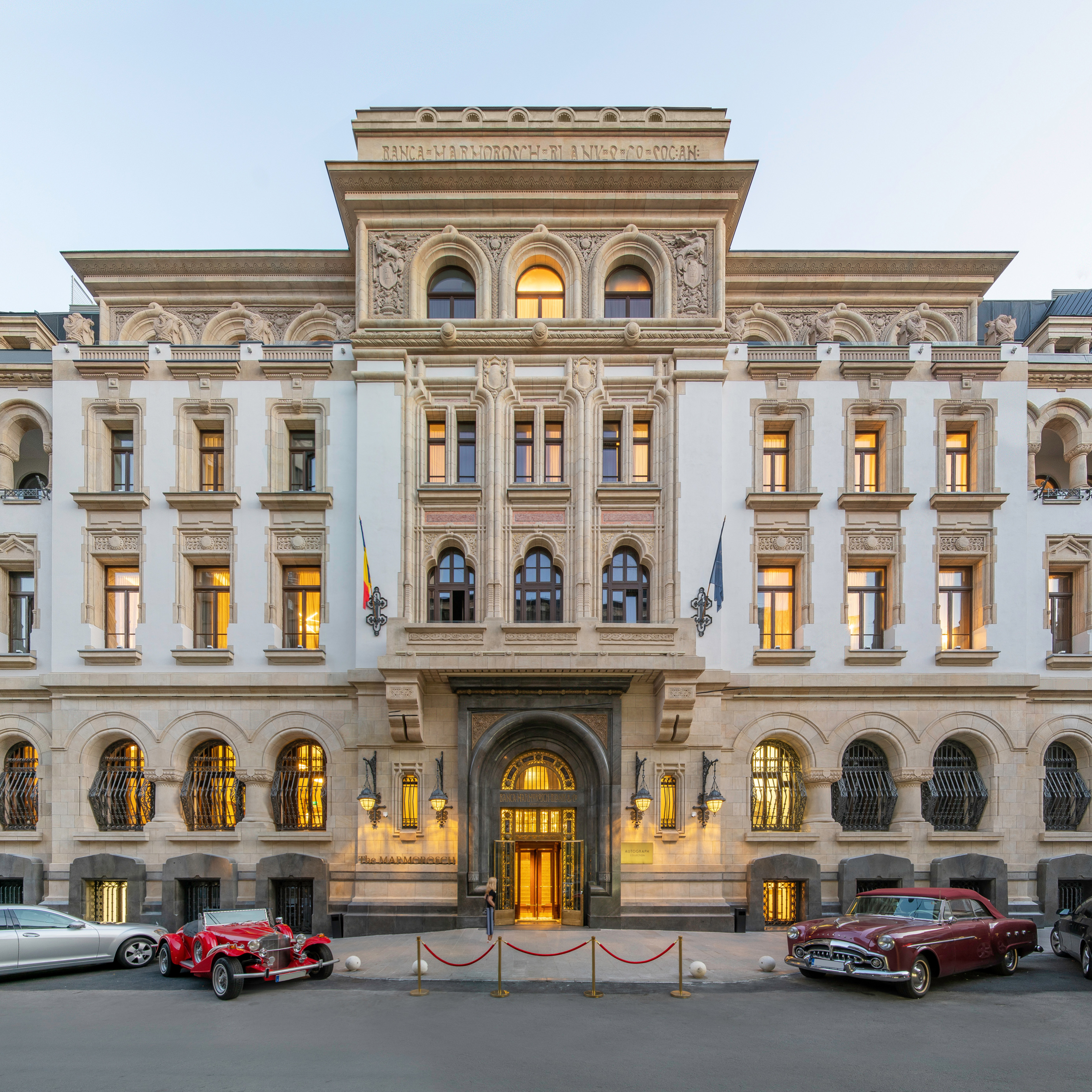 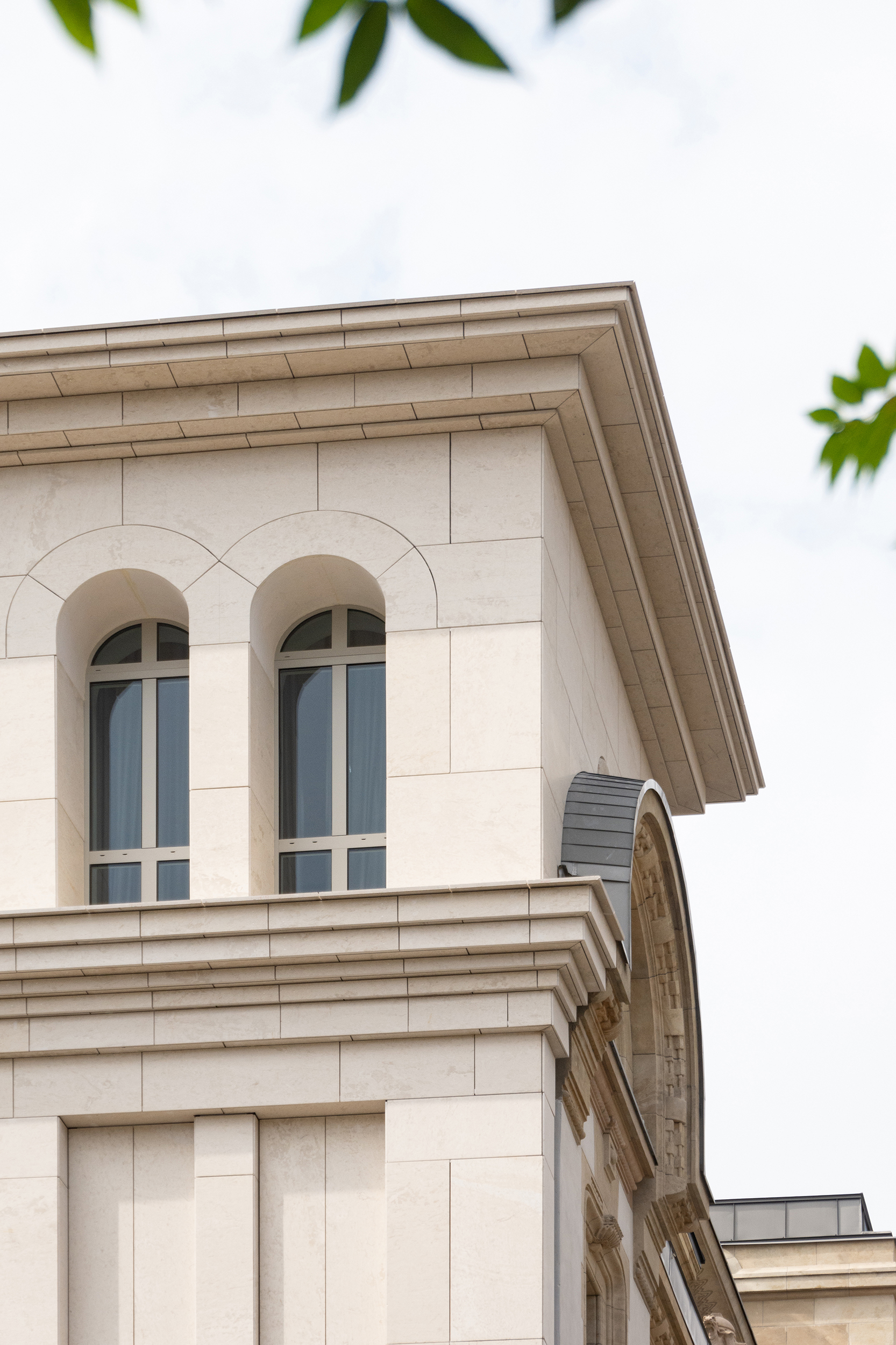 From a structural point of view, reinforced concrete cores were introduced in the area of ​​stairs and elevators, at one of the inner courtyards and in the secondary façades. The façade on Doamnei Street was restored by ensuring the continuity of materials, injections with mortars and special resins and the application of protective materials. The façade on Carada Street is a ventilated façade with beige-gray Vratza natural stone panels and similar aluminum joinery. The valuable elements and finishes have been reconditioned in order to preserve the most accurate historical identity. The wooden structure of the frames was replaced with a metal structure and reconfigured towards Doamnei Street, keeping the existing cornice and ridge elevations, in order to allow the arrangement of the hotel rooms. The roofing was re-made of zinc sheet, similar in geometry and color to the original. Archaeological discoveries were made during the construction site, requiring the interruption of the works and the modification of the constructive solutions. The greatest challenge of this project was adapting the building to the operational and fire safety requirements as well as to the strict Marriott standards while maintaining all the existing valuable elements. 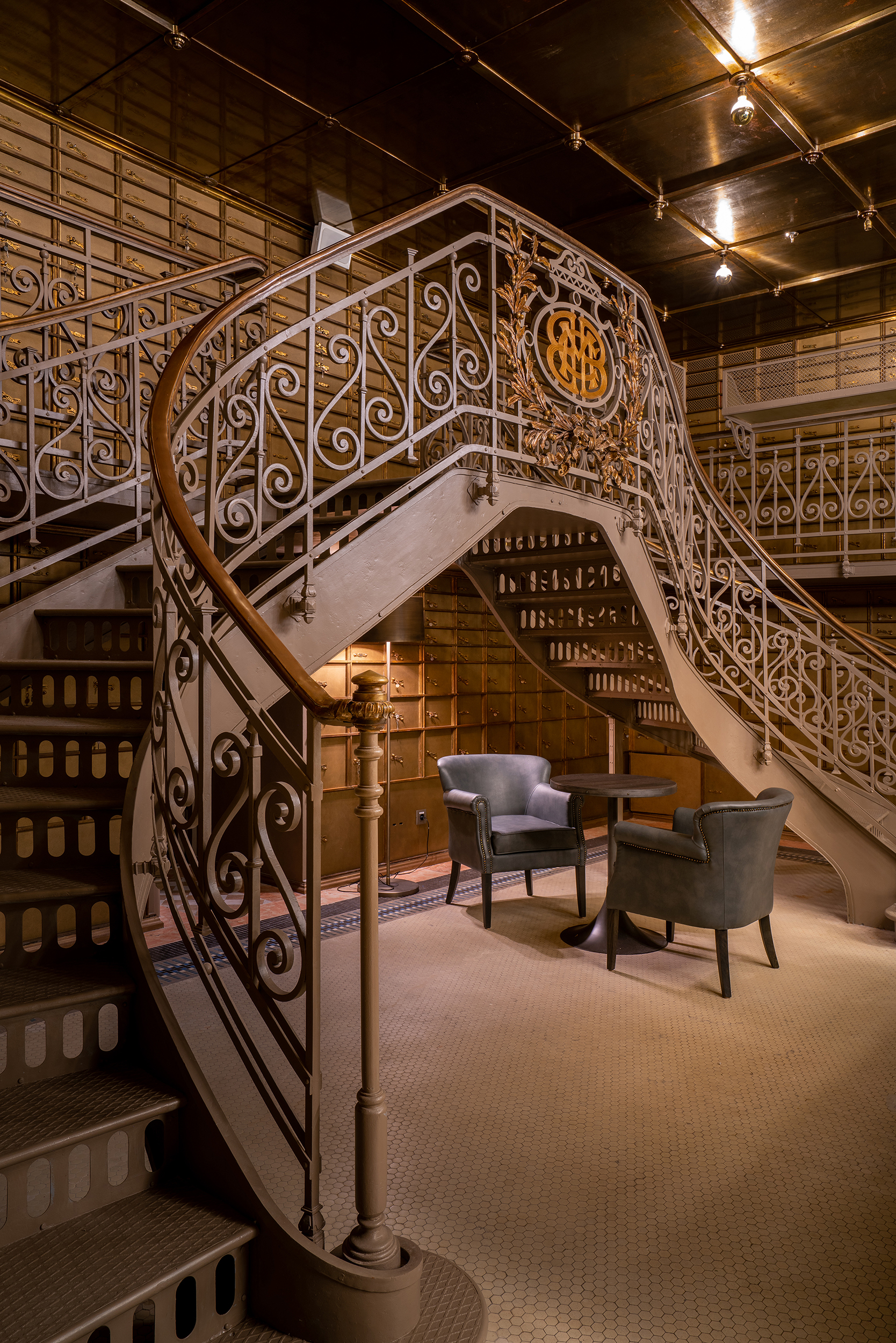 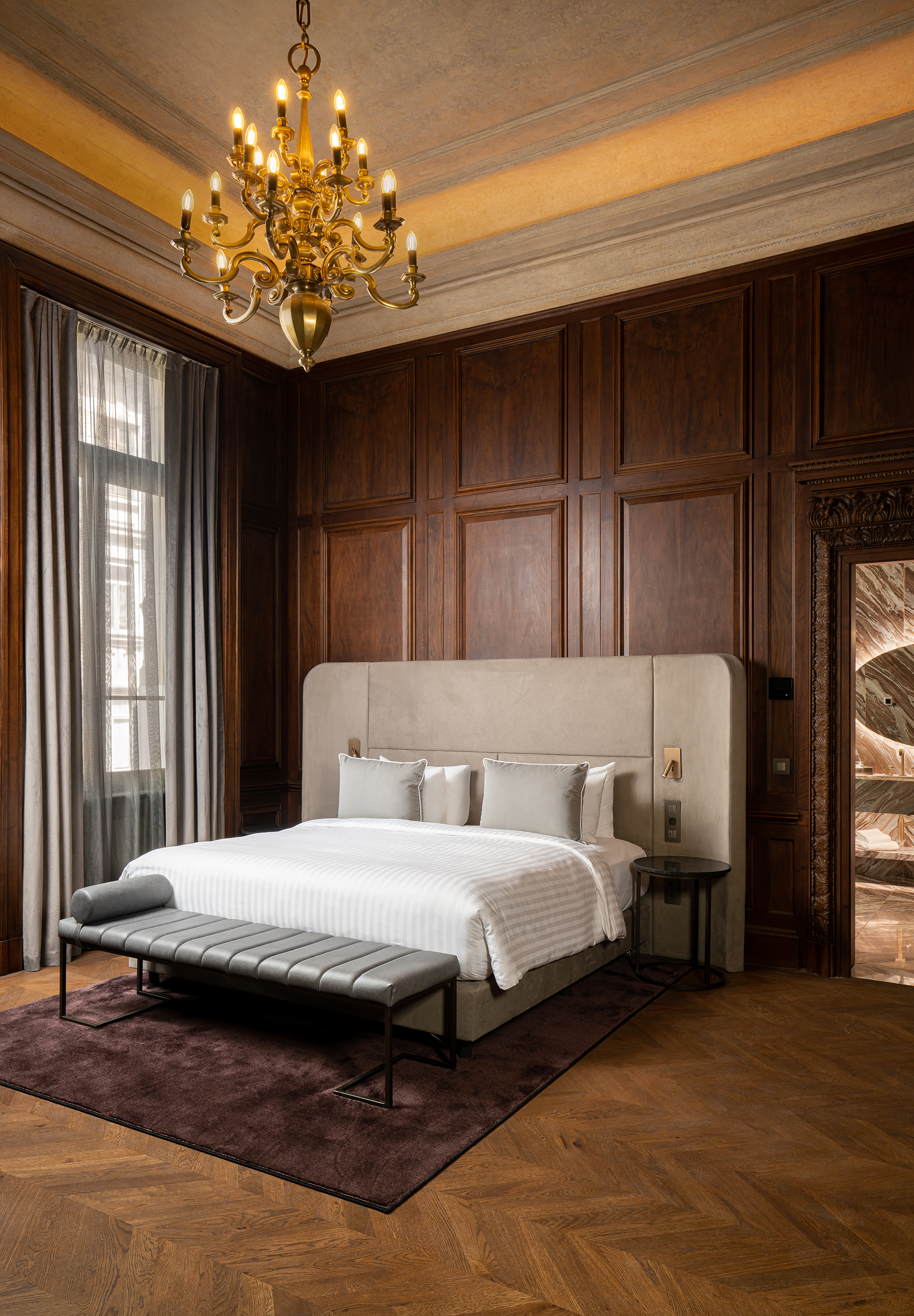 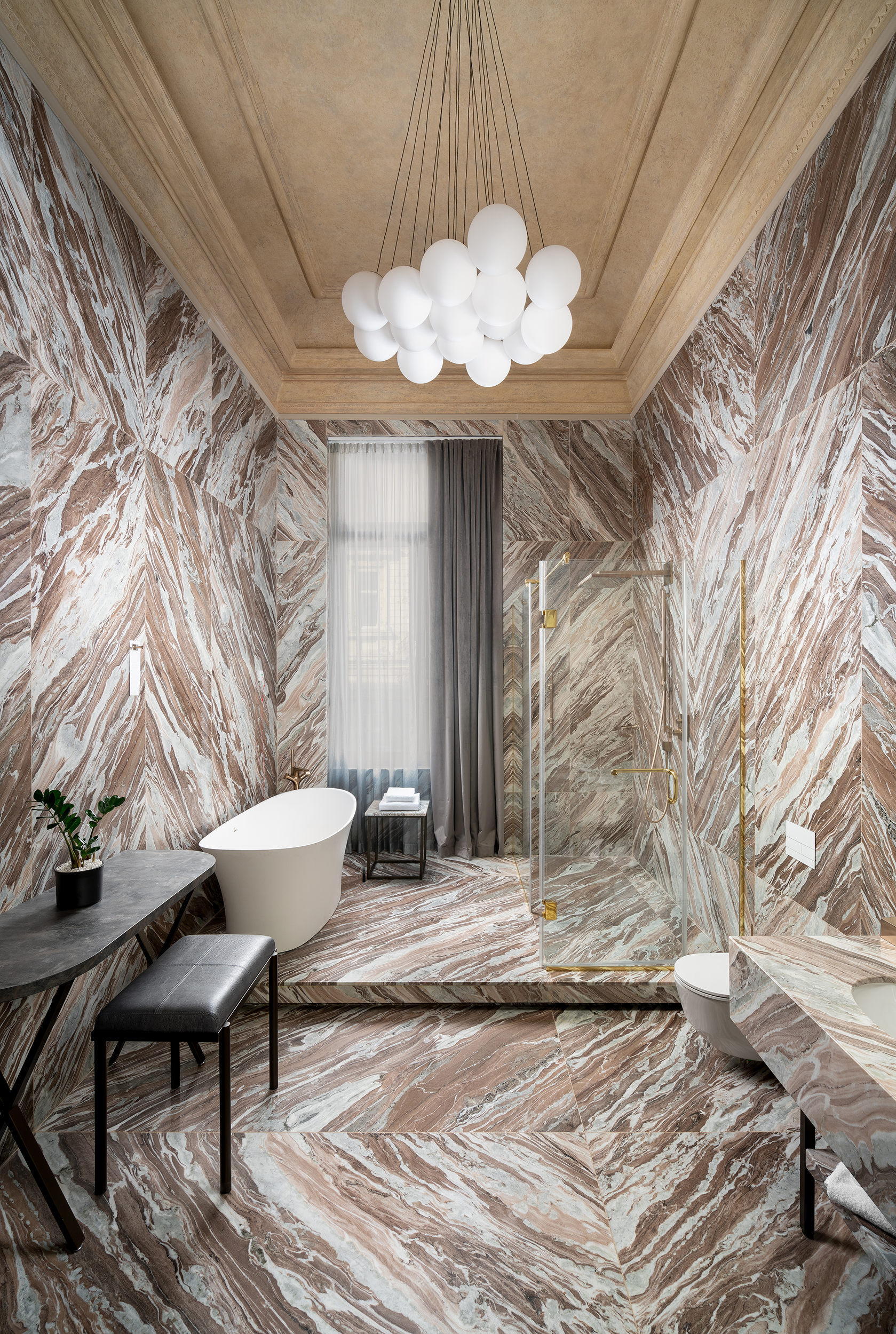 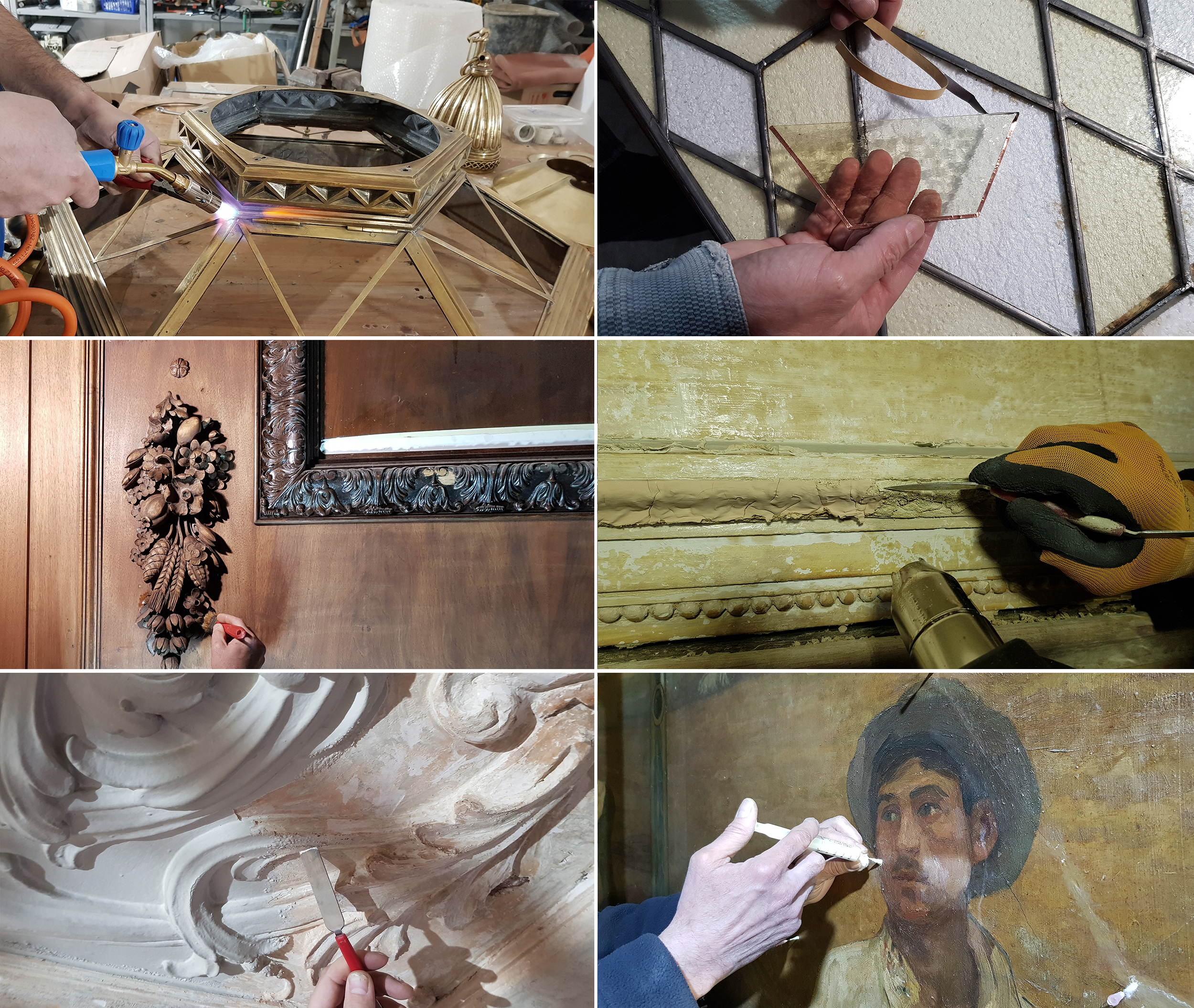