For the past 2 years we have been working assiduously on 4 very dear to us projects, that will bring a fresh air in the capital’s landscape. Now that our work is getting closer and closer to the end, we want to make the projects known.

From an architectural perspective, we like to think of it as a big urban burger for its functionalities’ logic display, the adopted materials and the spaces we have 'carved' within. It has a ground floor open space being completely opaque looking inward, but with visibility looking from the inside - outside. Destined for the busy corporate businessmen, the hotel reminds you of a Mediterranean cruise with its blue indoors. 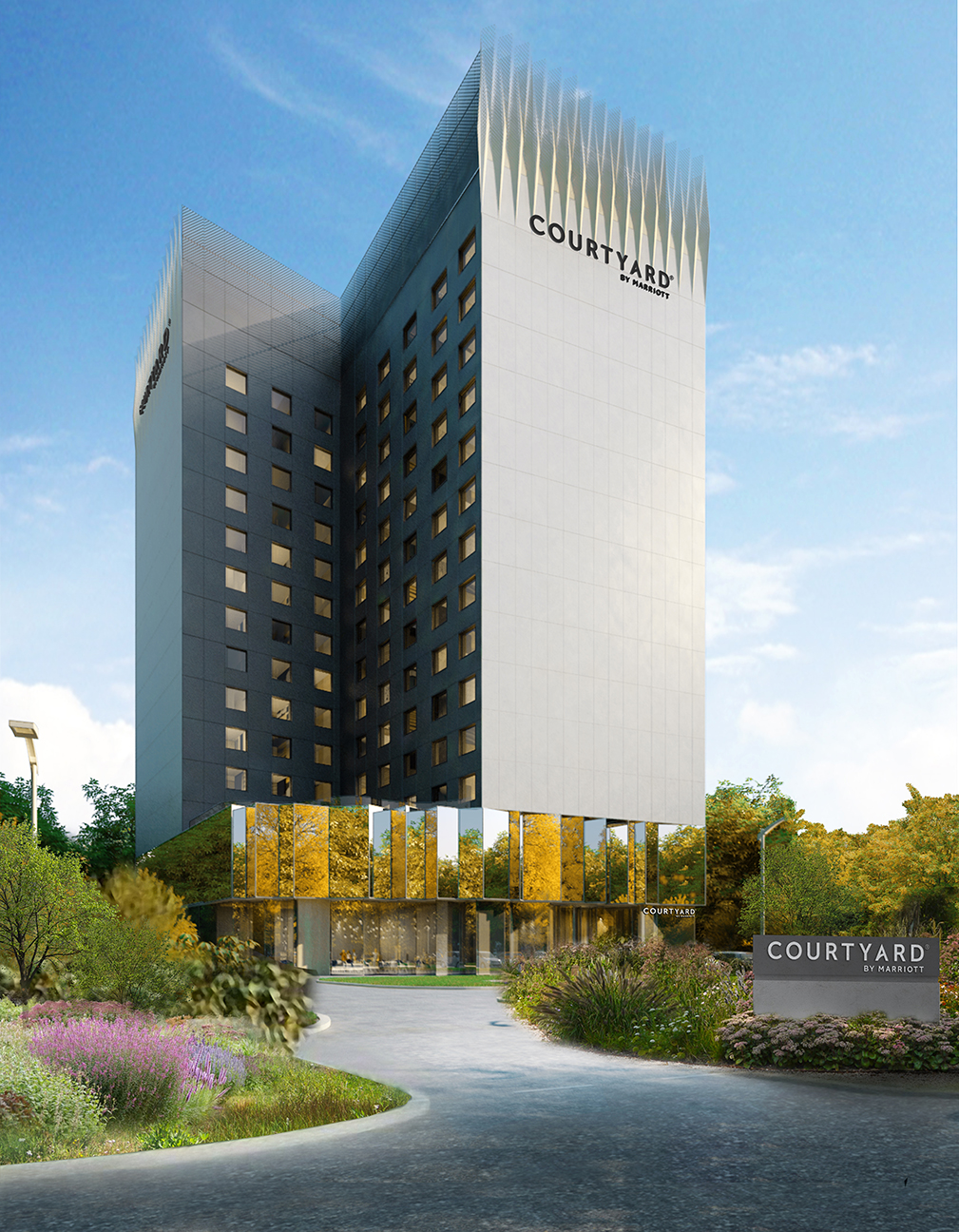 Moxy 3* by Marriott, the first brand hotel Moxy by Marriott International from Romania, dedicated to the Millennials;

The first Moxy hotel in Romania, a brand created for Millennials, a space dedicated to playfulness, lively, urban, smart and comfortable attributes which reunite under the Miorița concept and are brought to life in colors of grey and pink. 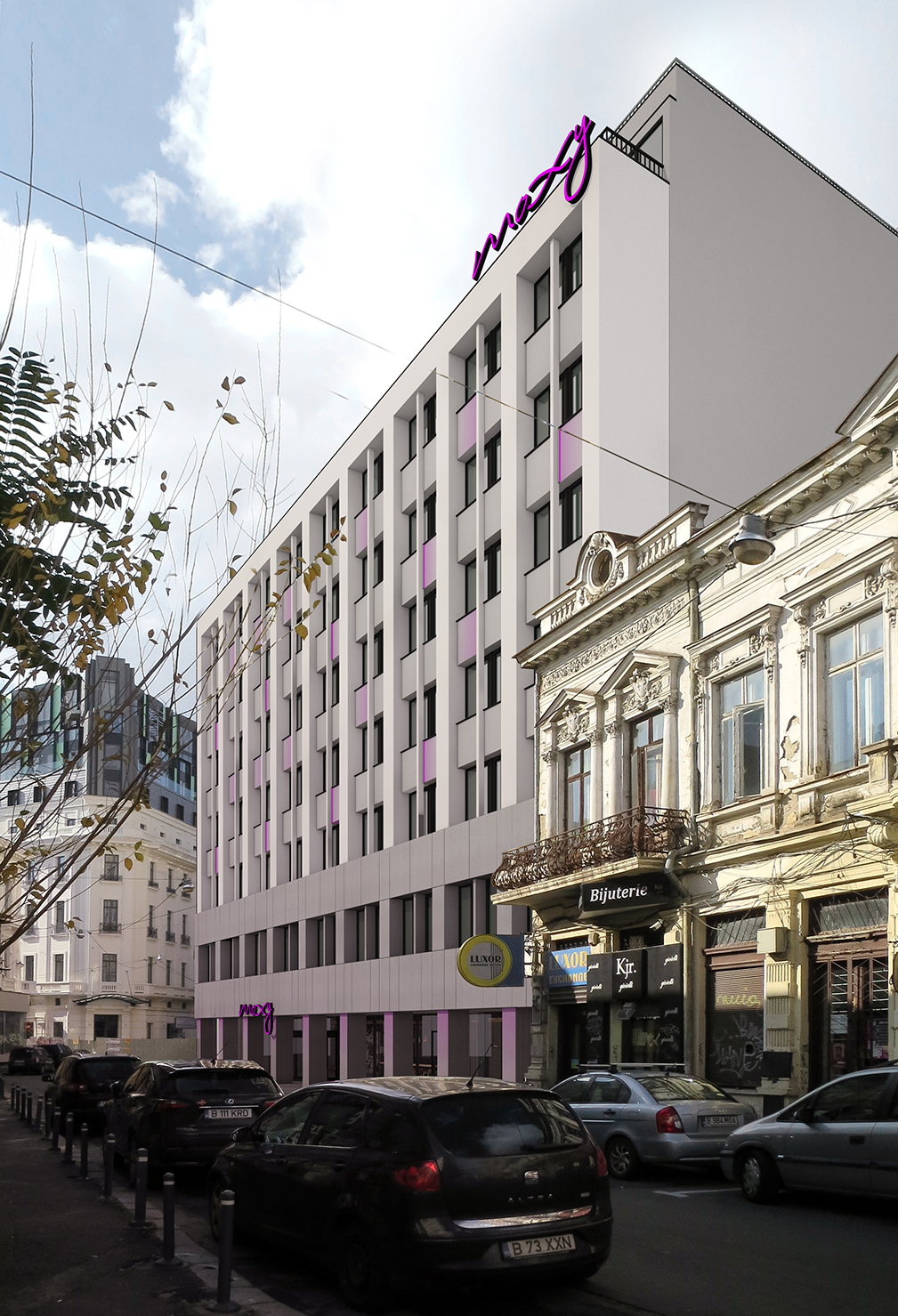 The building is a historic A class monument, "wounded" by various interventions and time. Cumulus's conceptual intent was to "cure" these open wounds by preserving historical elements, making room for it in the city’s landscape, and repairing its "face" that faces the BNR edifice. In refining the concept of the hotel we realized we wanted to preserve the idea of an old bank, thus respecting one of the most important elements of the Romanian economy - the most powerful bank of modern Romania, in the beginning of the XIXth century. 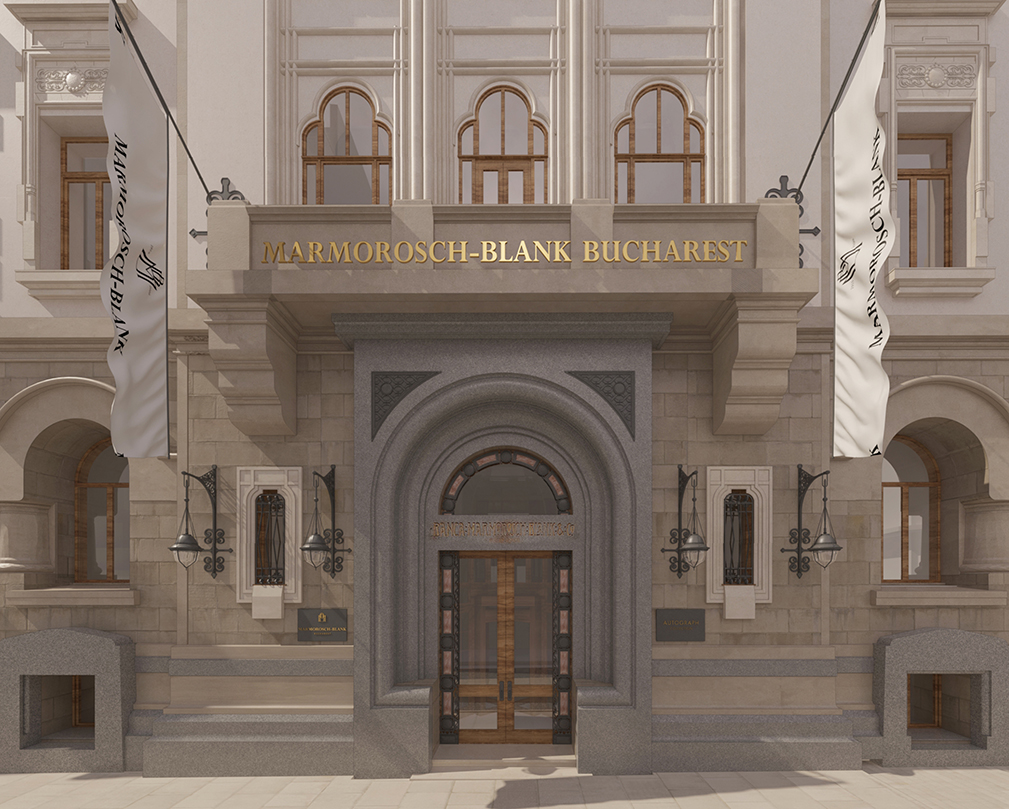 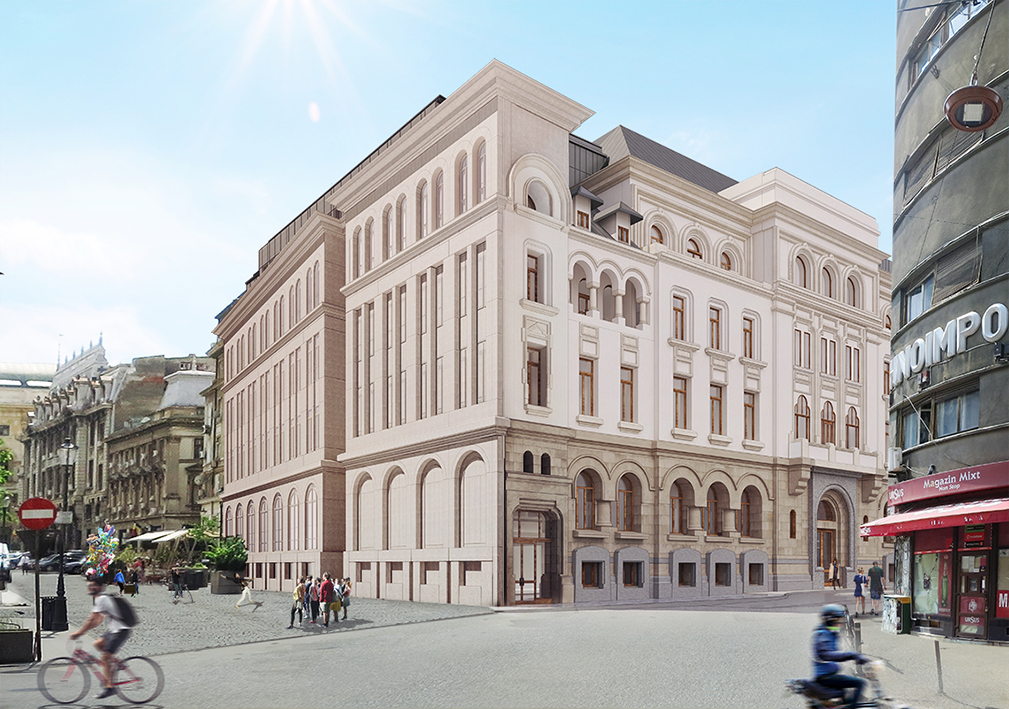 The concept around which we have imagined this hotel was the airport, suggested by its design - through the added images and the materials we have engaged. The atmosphere we wanted to recreate was a relaxed and joyful one, having the hotel’s businessmen target in mind, with green as the main color (a brand requirement). The challenge came from building a 4-storey hotel in the context of height limitation, due to its airport proximity. 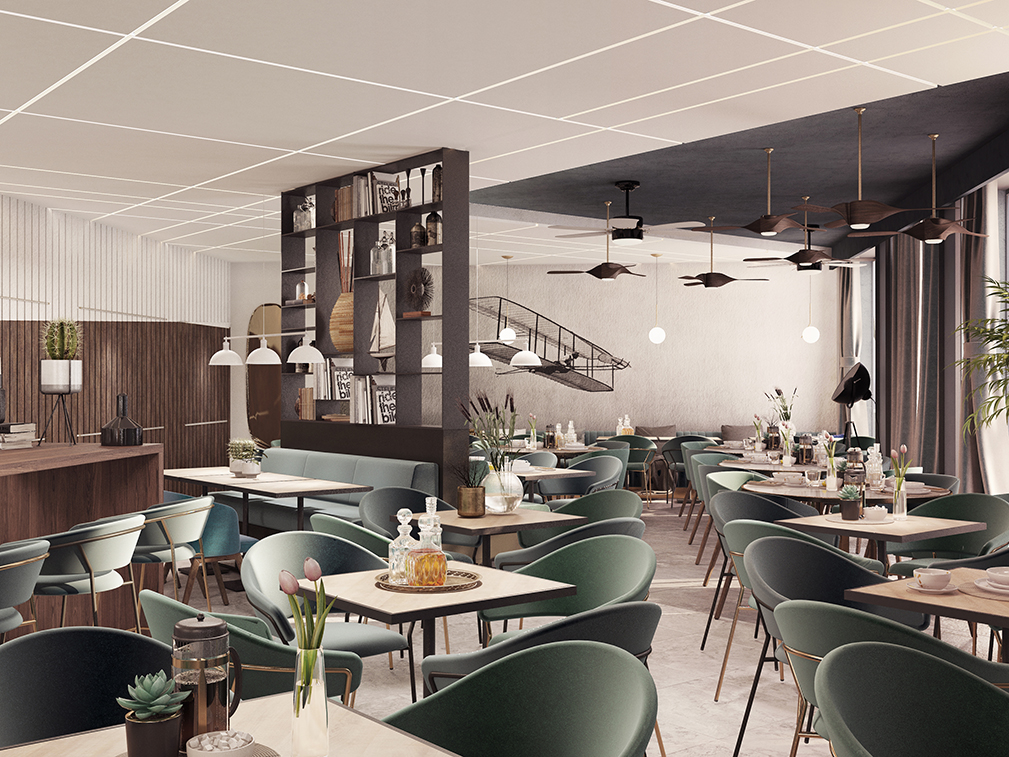 For the hotels’ development, we have been using the BIM platform and we are proud to say that we are among the few architecture offices that can handle this kind of technology. Our client, Apex Alliance, was an extremely helpful and trustworthy presence, helping us with precise indications which enabled us to gain a better flow in our work.

The hotels’ completion means 2 years of hard work, an investment of over 50 million Euros and a dedicated team comprised of 5 senior partners and 15 architects.

Thank you all for your effort and commitment.