This year, Cumulus joins RDW to celebrate the efforts made by the Romanian creative industries in order to make considerable and positive changes to their communities.

Our colleague, Adrian Soare, will be part of this year’s RDW jury and will have the possibility to select amongst the projects subscribed those projects that spark creativity and innovation.

“I am honored to be selected to be part of RDW’s jury. The seventh edition of the Romanian Design Week will bring to the fore the creative communities of the city. RDW has become more and more complex year after year and amplifies the work of local creative industries, highlighting their major contribution in transforming Bucharest into a truly modern and European city.”, claims Adrian Soare, RDW jury member and Senior Managing Partner at Cumulus.

The public has the opportunity to visit the Cumulus office on May 25th (Tipografia Universul et. 3) and explore spatially the residential project Badea Cârţan.

The visit will represent a perfect opportunity for those interested to discuss about the BC 13 project, but also about other projects and buildings which were developed, as well as the Cumulus design system.

Badea Cârţan 13 (Code Name BC13) is a project started by SYAA, which will be completed in the Cumulus formula. Imagined in relation with two private courtyards, the building fills itself around these major spaces, connecting organically to neighboring buildings.

The construction is located in the middle of one of the old neighborhoods of the city, an area in which the dwelling was intertwined with the craftsmanship, and the private spaces opened to the common yards. The neighborhood also had an industrial area mainly made of small brick factories. One of them, Tonola, is on the current land of Parcul Circului. On the neighboring terrain, on Teilor Street (today's Vasile Lascăr), the first depot for horse-drawn trams from Bucharest functioned since 1871.

The apartments vary in size and conformation - studios, 2 rooms, 3 rooms on one level and duplexes, 4 rooms with large garden or above, on the 3rd floor, with generous terraces. They all have a large and bright living room in direct relationship with a loggias or a terrace, a large table spot to gather family or friends. Almost all the apartments have at least two facades, providing daytime running light and optimal ventilation. On the ground floor there are 3 small offices or, why not, workshops for artists. 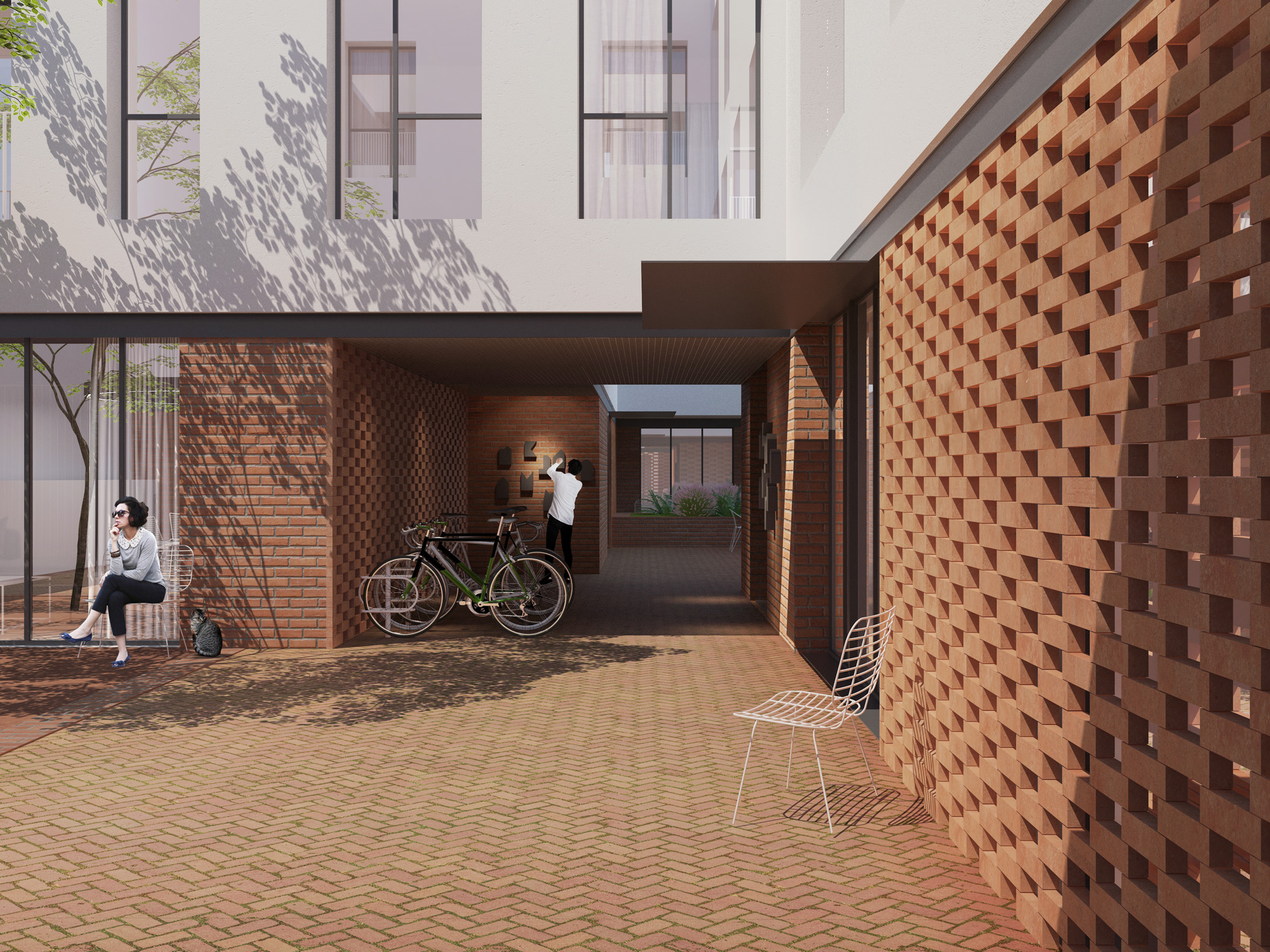