With a surface of about 14.000 m2, the building is the first airport-hotel by the Hilton Garden Inn brand in Romania and it’s part of a mixed development complex near Henri Coandă International Airport called Airport City Park Bucharest. Being placed at a distance of about 150 m from the departure terminal, we are currently investigating the possibility of building a direct connection between the airport and the hotel.

The work on this project began in January 2018 and is almost ready, being expected to end in June this year. “We worked surprisingly fast, especially considering that we had to start the reauthorisation procedure because we took the project from the building permit phase. However, we took it from scratch and we designed it according to the client’s wish. For the project’s structure, we collaborated with our internal structure company, Erigo Engineering - which in the meantime has become our business partner - and things came out very well in the end”, reveals Ivona Amariței, one of the 8 senior partners at Cumulus.

The big challenge in terms of structure was actually building a hotel so close to the airport, especially to the landing lanes, which limited the height of the building. ”Finally, we managed to build 4 floors, but this was a real challenge for us because we had to find new solutions and alternatives for the installation system. The hotel’s plans have been adapted to the necessary construction stipulations to become the first airport-hotel in Romania”, adds Ivona.

The hotel’s image is influenced by the airport style, designed with pictures of the airport and decorated with aeronautical ornaments such as – propellers, which became a leitmotiv found both in the room interior art-work, as well as in the public space, taking the form of tematical lighting elements. We also were inspired by the almost poetical horizon line, that can be subtly found in the finishes’ touching point under the form of an oblical line which splits both the interior in 2 registers, through the used colour palette, accentuating the extremes up-down, sky-land.

As a part of a 4 star brand recipe, the hotel has been designed in a simple style, cozy, clean and bright and the predominance of the green colour perfectly fits into this smooth style.

The workflow for the Hilton Garden Inn hotel was fast, which meant a more intensive pace for the team, but we were pleased with the results. In addition to the usual challenges, there have been some new ones for which we had to find solutions in a very short time frame.

Considering that the hotel is very close to the landing lanes, we had to solve the requirements concerning the construction’s height restrictions, as well as for reducing the airborn noise, which peaks at about 100 dB.

”There were also other demanding elements related to the acoustic of the interior spaces, the exterior lighting that had to be adapted, as well as the fact that we had to use non-metallic materials for the facades, but our team of professionals worked very well and the result was satisfying both for us, as well as for the client”, says Elena Dragu, one of the 8 senior partners at Cumulus, who has also been part of the team working on the project.

Considering that it was a very complex project that required a good coordination of all the teams engaged in it,  we used the BIM platform – a tool that helps architects to recreate in a 3D software all the elements of a building from the perspective of all the specialties involved in the process - structure, installation, architecture. 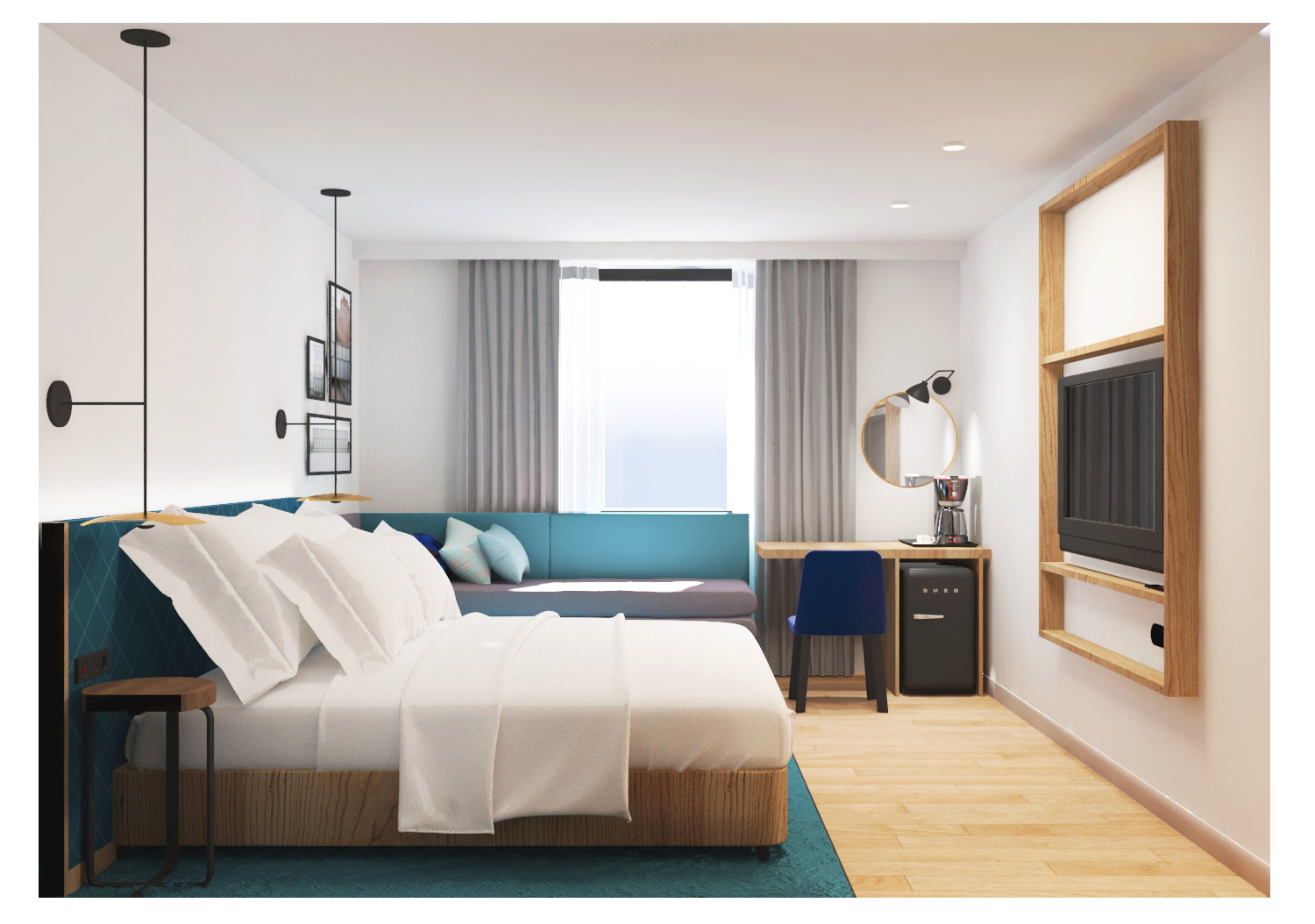 Address – Henri Coandă International Airport, Calea Bucureştilor 224E, Otopeni - at a distance of about 150 m from the Otopeni departures terminal