Our team is currently working on completing the work on Cinemax in Veranda Mall, the first cinema project that Cumulus has undertaken

The plan started in 2018 and by the time autumn comes the visitors will be able to enjoy their first movies in one of the 12 Cinemax rooms at Veranda Mall.

Cinemax is the largest multiplex cinema chain in Slovakia and it chose us to set up its plan & design. What you need to know about Cinemax is that it was created in 2006 and is currently reaching a network of 13 multiplex cinemas in 12 Slovak towns and in 2018 it announced its entry on the Romanian market and the opening of its first cinema in Veranda Mall, Bucharest. 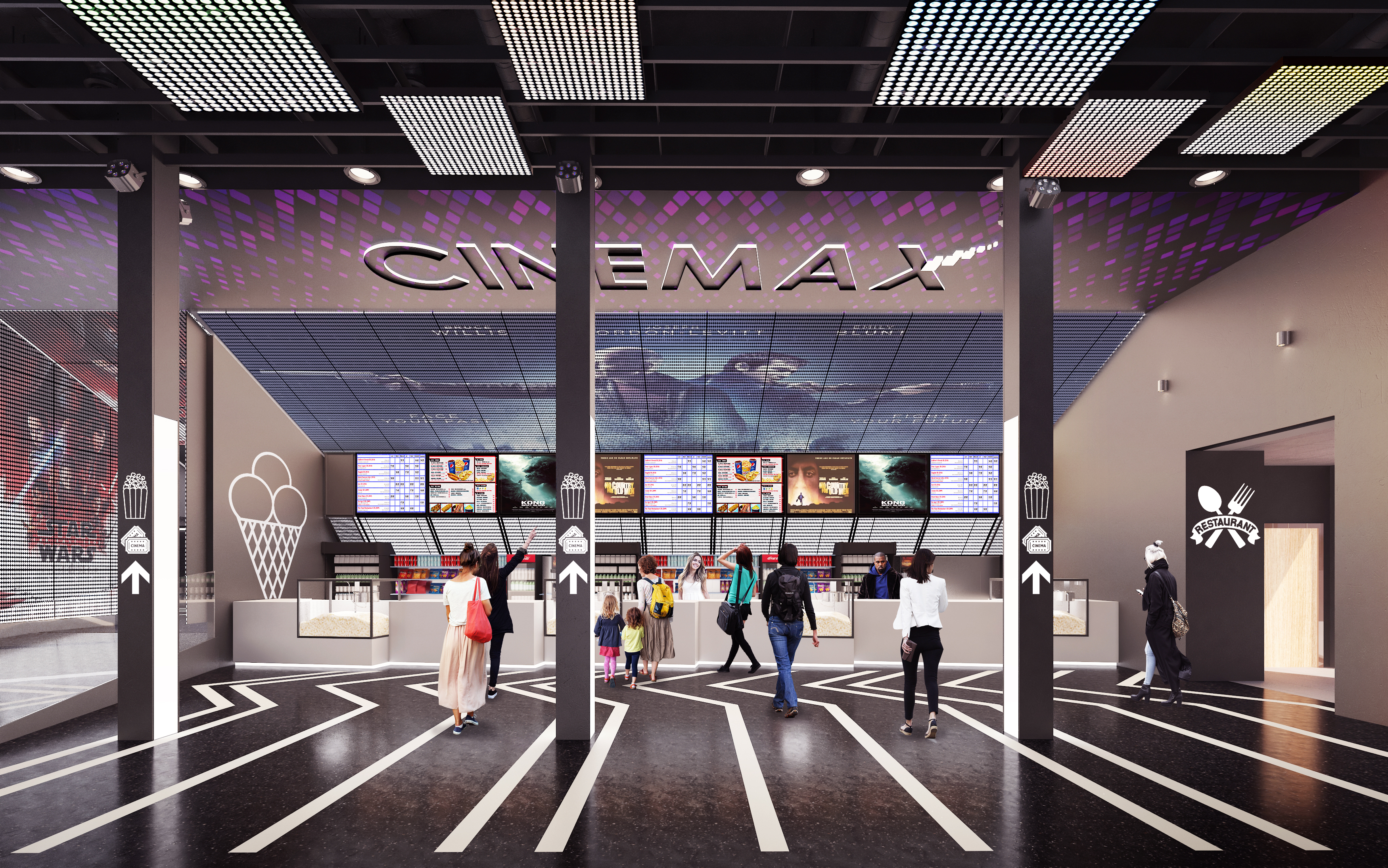 We wanted to attune our point of view to the client’s wish, but also to address the audience needs. Therefore, we made a study regarding the new tendencies in the cinema design, in which we have included several styles, from the flashy style, to contemporary, industrial and the explosive ones. Finally, we agreed upon several design elements pertaining to a wide range of styles, placing an emphasis on the flashy one.

“The most difficult part of the project was balancing the existing on-site conditions with the needs of the cinema and managing the operator and the owner’s wishes very well”, reveals Elena Dragu, one of our 8 senior partners. But there were other demanding factors that we had to pay attention to.

What is interesting is that the acoustic is an essential aspect when it comes to a cinema room. The whole project had to be planned in order to meet the special sound requirements. ”There are special details that need to be taken into account - the much thicker walls in a cinema construction, as well as the particularity of the structure detail and the absorptive finishes the cinema needs to have inside - all the walls have buck wrath and absorbent materials on their back”, explains Elena Dragu. 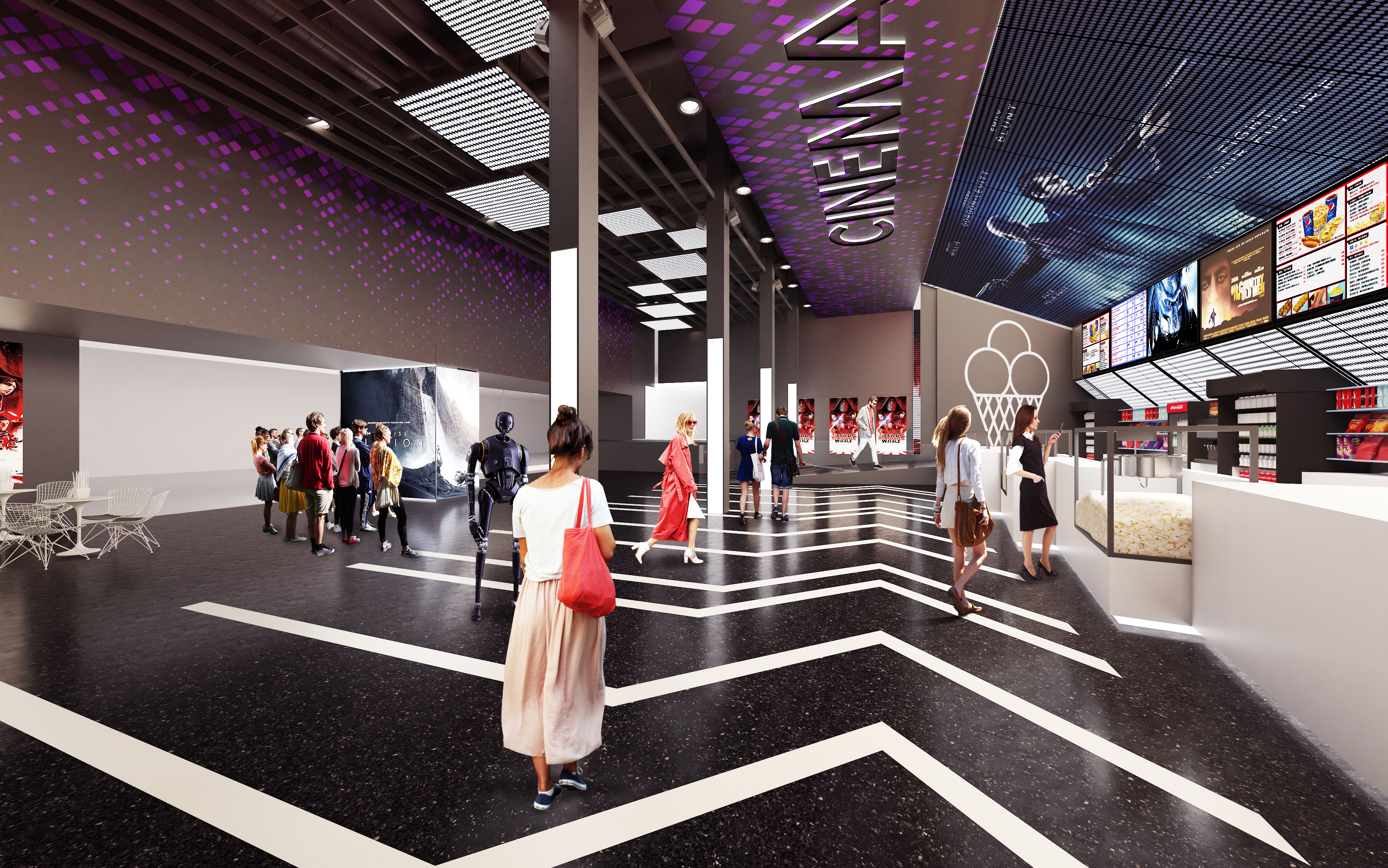 The spectator’s tribunes was another element difficult to handle because although there is a lot of space underneath it, it’s very challenging to use it efficiently. We searched for the best solution to provide customers with a pleasant experience when coming to the cinema. Finally, with the help of our experienced team, we found the best version and now we are in the execution process.

The cinema borrows elements from different styles, being a blend between special and original. Kids will be happy to know that one of the cinema’s 12 halls, will be one specially created for them, with a friendlier design, where they can enjoy a movie. The cinema will also have 2 VIP halls and an Ultra Hall.

However, the main attraction will be a 100 sq. meters restaurant, which will be connected to the outdoor terrace. Our intention here was to create a maximum of comfort for both the cinema’s audience and the guests for the events that will take place at Cinemax. A special element in design I am particularly attracted to is an area that we have called “portal” surrounded by LEDs on which images inspired by the cinematography will run, Elena Dragu confesses. Although our effort matched the desired results, we’ve remained nostalgic for the design components we haven’t had the opportunity to include in this project. But we are hopeful for similar project in the near future because the cinema field is very complex and it offers plenty of perspectives. 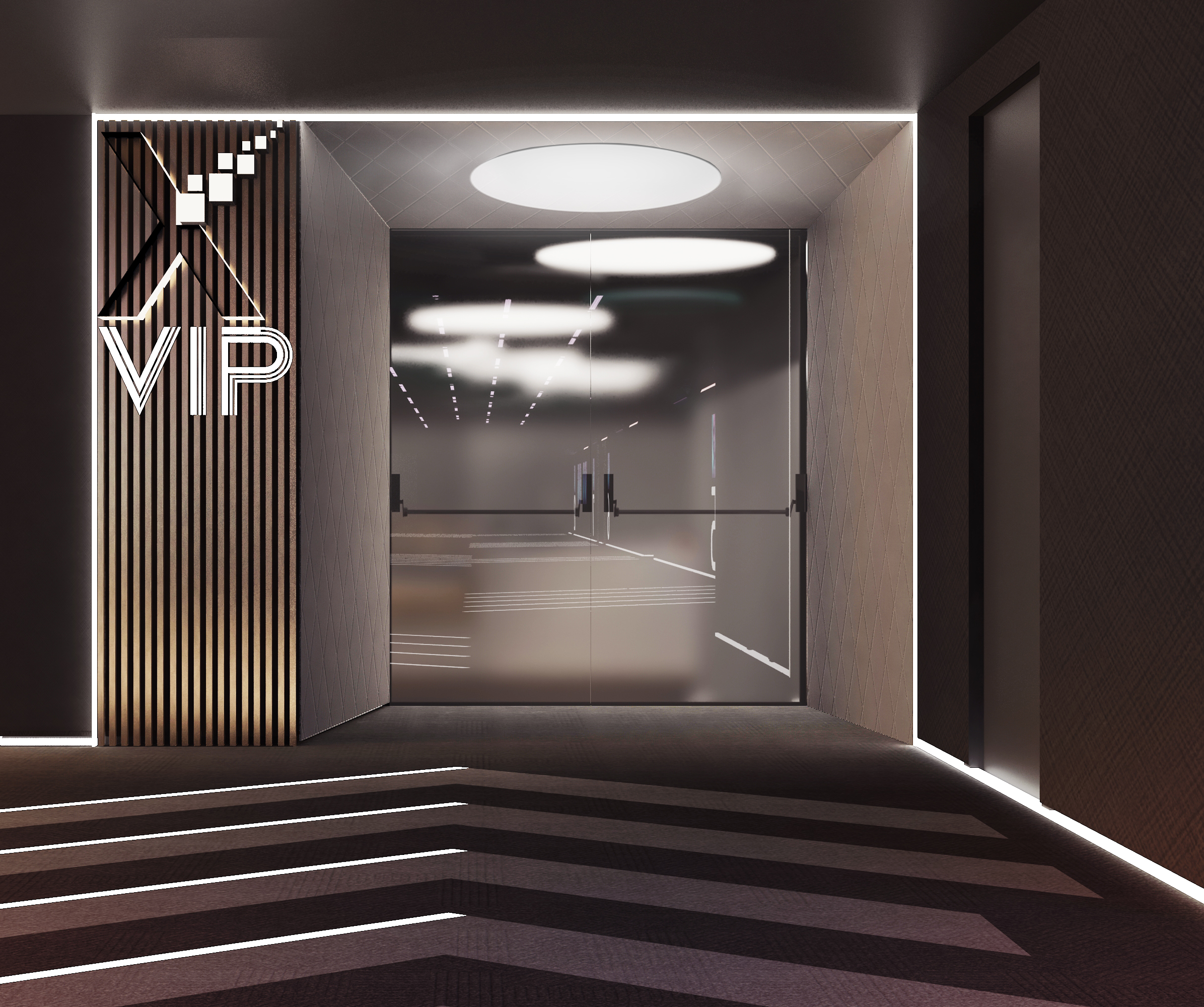